ICOs and STOs – More than a token gesture

The ICO and its recent decline

The success of Ethereum in 2017 paved the way for a boom in cryptocurrencies, which led to one of the latest trends in fundraising – Initial Coin Offerings (“ICOs”).  Initially used in the tech space, ICOs have been all the rage over the past two years.

According to data retrieved from ICOData confirm that globally, over 1,180 ICOs were conducted up to November 2018, which raised more than US$7.3 billion in total. The global interest in ICOs peaked during December 2017 and January 2018, where approximately US$3.2 billion was raised. This situation was not sustainable however, due to instances of fraud and the authorities quickly realizing that regulatory action was needed.

The concern over wrongdoing and a global clampdown on the largely unregulated market of ICOs and cryptocurrencies, not to mention the ongoing bear market in 2018 caused a sharp drop in ICO confidence and performance throughout 2018.  According to a report from the agency ICORating, 55% of all ICOs in Q1 and Q2 2018 failed to complete their crowdfunding.  ICO fundraising is now at its lowest point since mid-2017.

However, as is often the case, the decline of ICOs has opened the door to a new type of token offering – the Security Token Offering or (“STO”), which is tipped to be the shining star of digital assets built on blockchains in 2019, whilst the ICO continues to become an event horizon.

What is a Security Token?

A Security Token is a cryptographic token tethered to an underlying asset or security, and therefore its value is directly related to the performance of the underlying asset.  The asset could be a work of art, real property, shares or bonds.  It is also possible to embed certain rights into the token’s DNA such as voting rights, or the ability to pay dividends and distribute profit, making the whole system more diverse and opening up a whole new world of possibilities for flexible usage.  This makes a Security Token different to a Utility Token, which is only used to purchase goods or services offered by the issuer, and is therefore a lot more limited in its role.

There are numerous benefits bestowed on the owner by the Security Token.  The most notable in the short-term will probably be reduced transaction costs, along with quicker and easier acquisition, and more flexibility in terms of underlying securities.

It is difficult to predict how the STO will develop due to the newness of the concept and its emerging technology. Although there is not a huge liquidity pool for STOs currently, this could change quickly as real estate developers, art collectors and others catch on to its usefulness.  However, even whilst still in its infancy, recent moves by regulators suggest that the market for security tokens is opening up and is here to stay.

Here in Hong Kong, the Securities and Futures Commission (“SFC”) released a circular in November 2018 setting out the new regulatory approach to virtual assets.  This follows from the SFC having issued a warning about the risks of investing through cryptocurrency exchanges and the regulatory action to halt the Black Cell Technology Limited ICO in March 2018.

It is clear that Hong Kong sees the STO as a key player in the virtual assets arena and it is being taken very seriously.  Nonetheless, STOs provide an easier concept for the regulators to tackle, as KYC and AML requirements and other compliance data is visible within security token smart contracts.  Blockchains offer transaction transparency for determining ownership, compliance, and the status of tokens on their network making fraudulent use virtually impossible at this point in time.

It is worth noting that Malta has recently become a place of refuge for blockchain due to the island’s developed regulatory framework surrounding digital assets, which was implemented in July 2018.  Taiwan and Singapore have also made waves in the tech world by indicating that they may follow suit.

The technology pertaining to tokenized assets is shaping up fast and the infrastructure itself is developing at an equally impressive rate.  As the STO is a relatively new kid on the blockchain, the regulatory environment remains questionable and the future of this virtual asset will depend largely on how the regulatory framework shapes up.  Watch this cyberspace! 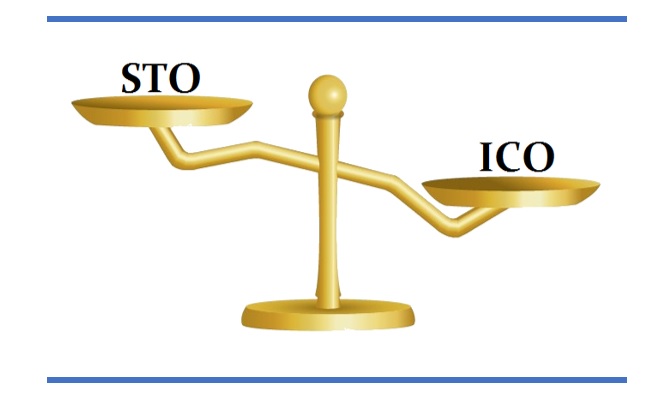